We are manufacturer and exporter of continuously variable Auto Transformers, Variacs and Dimmer stat which operates on a nominal voltage of 240 V A.C & can give output voltage anywhere between 0 – 270 V, by a simple transformer action.

The basic Auto Transformer is meant for operation off a nominal voltage of 240 V A.C & can give output voltage anywhere between 0 – 240 V or up to 270 V, by a simple transformer action. Three such Variable Auto transformer when connected electrically in star & mechanically in tandem, became suitable for operations of 415 V 3 Phase A.C. supply & to give output of 0 – 415 V or up to 470 V.

Variacs or variable auto transformer is a continuously variable voltage transformer, having a single layer winding on a toroidal core of high grade Steel.

On one face of the copped winding, along the periphery, a special durable contact surface is made. A specially designed carbon brush slides smoothly on the surface. A contact arm holding the contact brush is fitted to the central shaft and as the control knob is rotated, the carbon brush slides over the winding and taps off a portion of voltage across the winding.

Any desired voltage within the maximum range can be obtained by adjusting the position of the brush. The calibrated dial reads approximately the output voltage at no-load, when the input is at its rated value. Rotation of the brush arm by manual of motor drive delivers an output voltage from zero to or above line voltage.

Variable Auto Transformer, manufactured by EnergX is the most useful and effective device for step less, break less and continuous control of A.C voltage and therefore, for control of various other parameters, dependent on A.C voltage. It is ideal controlling device for numerous applications in laboratories and in industrial & commercial fields. 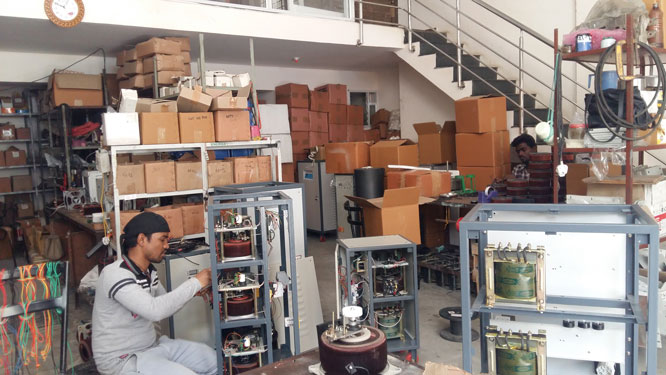 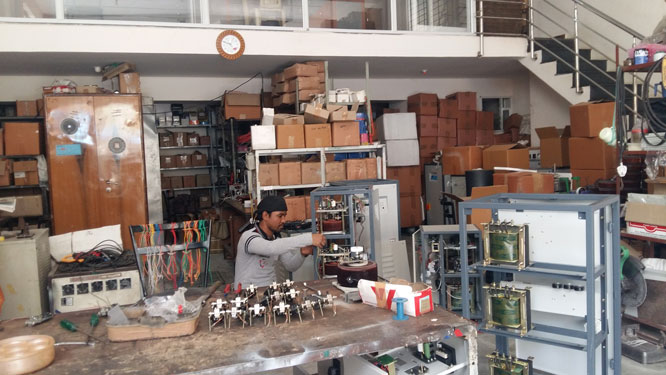